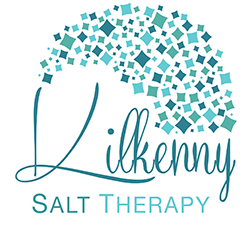 Around 20 million years ago Europe was partially covered by a shallow sea. The sea disappeared over time but left large amounts of salt behind. This salt is bedded between 10 and 300 meters below the surface. Modern Salt Rooms allow patients to sit in a room built from these salt blocks and gain the same benefit as they would breathing the air in a salt cave.

The benefits of Salt Therapy were noted in a book published in 1843 by Polish doctor Felix Boczkowski. Dr Boczkowski, a physician at the Wieliczka salt mine, observed a remarkably low incidence of respiratory conditions in salt miners. He formulated that the presence of air in the salt mine, saturated with dry salt particles, had a healing effect on those with respiratory and pulmonary discomforts. His successor set up a spa based on these observations. During WWII, Dr Karl Hermann Spannagel noticed improvements in the health of his patients as they hid in the Kluterthöhle karst salt cave in Germany to escape heavy bombing. Dr Spannagel noted that while staying in the cave patient’s coughing had subsided and those with respiratory discomfort breathed more easily. Ever since, the Kluterthöhle karst salt cave has continued to be used for the medical treatment of respiratory diseases.

Shortly thereafter, in 1964 the world’s first facility of its kind, the underground “Kinga” Allergy Treatment Spa was created in the “Wieliczka” Salt Mine in Poland, then renamed to the “Kinga” Health Resort Hospital, where Professor Skulimowski became its first Director and focused on helping people with mostly respiratory conditions as well as explored other overall health benefits. His methods proved to be successful and spread to neighboring salt mines and caves in Europe as well as to former Soviet Union states. In 1968, the first speleo-hospital was opened in the Solotvyno salt mine in Ukraine. 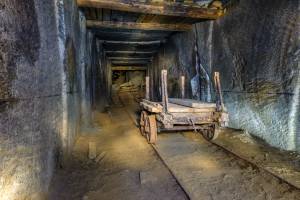 Having the attention from the medical community, the need for more convenient access became a necessity, in order to conduct specific studies and do more specific research. In 1985 in Odessa, Russia, the Institute of Balneology, in collaboration with the salt cavers from Uzhgorod, developed the first Halotherapy device. This was a device that was replicating the grinding and crushing of salt that would disperse the particles into the air. One could say that Halotherapy was “born” in the medical environment, in former Soviet Union. After the fall of the Soviet Union in 1991, the knowledge of the halotechnology and established Halotherapy protocols became accessible to the rest of the world. Soon Halotherapy claimed its place in more commercial and wellness settings outside of the USSR in Eastern and Western Europe, Canada, Australia and finally the United States…

Paraid – Romania Salt MineHalotherapy is particularly helpful in treating certain respiratory problems, such as Asthma, COPD, Cystic Fibrosis CF, sinusitis  and bronchitis, and other respiratory and allergy-related conditions, as well as certain skin conditions, such as eczema, psoriasis, and acne. Salt room visitors often report that halotherapy enables them to reduce the use of medications and prevent recurrence, lengthening and stabilizing remission periods

Point 8, 9 and 10 from this Article shows the beauty of the Romanian Salt Mines .